Ms.  Eunice S. is an experienced ESL  professional, author and educator. She has taught in Indonesia, Korea, China and New Zealand.  She has currently brought her many years teaching experience to World Language Schools in Frisco, Texas.   Eunice has a Master of Educational Leadership Degree with Honor from the Waikato University  in New Zealand, a BA Degree in TEFL from Satya Wacana Christian University in Indonesia and Secondary Teaching Certification for Bethlehem College in Tauranga, New Zealand.   Eunice is bilingual in English and Indonesian.  She also speak Malaysian, Javanese Languages and some basic Chinese.

Other than teaching, Eunice also had an experience as an Executive Assistant for the US Agency for International Development in Jakarta, Indonesia, as a Director of International Students in several school and was actively involved in many non-profit organisation.   In addition, Eunice wrote and published two books:   Teaching English through Popular Songs and Learn while you smile, said Prof. Carlos A. Roncal, Founder & CEO, World Language Schools 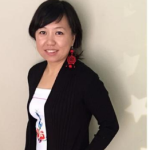 I have over 8 years of experience teaching in China as a Corporate HR Trainer.  My teaching philosophy emphasizes making students forget they’re in a classroom environment. I do this by using a natural, fun and relaxed style.  Students will dynamically learn Mandarin by playing games, listening to songs, painting, and watching movies.

Originally from Armenia, Narine is a true international communicator. Fluent in Armenian, and Russian, she studied Japanese, and English to attain an 80% fluency.

She currently lives in Frisco Texas with her husband and her 4 year old daughter.

Growing up, Narine went to a Russian school in Armenia thanks to her parent’s vision who valued a quality education. During those years she became native in the Armenian and Russian languages.

Narine’s experience with multiple languages include working as a consultant and translator in Moscow Russia, as an interpreter at the Nairee Medical Center in Yerevan, Armenia and at several travel agencies. She is also certified as a tour guide in Japanese and Russian.  She has been in Tokyo Japan to study the Japanese language.

Narine attended a Tourist Guide Course sponsored by USAID (US Agency for International Development) implemented by The World Federation of Tourist Guides Associations and The Human & Institutional Capacity Development Project in collaboration with The Competitive Armenian Private Sector Program a Member of European guild guides.

With the addition of Narine we are now teaching to students that wish to learn Russian for travel, business or for an international career, said Prof. Carlos A. Roncal, Founder & CEO, World Language Schools Luis Santiago Salinas is an ESL teacher, a budding entrepreneur and Innovation Technologist. He is fluent in English, and Spanish and maintains a growing level of fluency in Russian and French. He hopes to see the world while helping us grow our company and has already seen South America and Europe as part of his experiences.