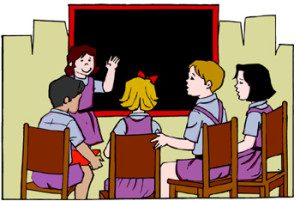 There is a secret to learning a language in six months, hold on, I am about to tell you what the secret is.Having learned 4 languages fluently and now on my 5th language, I truly believe I have discovered the secret.

There are a number of steps you have to take to reach your goal of learning a language in six months. These steps do not have to be taken in any specific order, but all of them must be taken.

Why would you want to learn a new skill in 6 months? There are many reasons why, but the most immediate one that will affect you, your career, and your life is the money that you will earn immediately after you become bilingual.

So here is the secret:

The very first step you have to take is to make a commitment that you are going to take six months and only six months to learn such language. Why drag this important task for more than six months. It’s like a football game with only four quarters or a baseball game with eight innings, Why would you want to play for any longer, why drag it out. Find an instructor, coach, teacher or professor that will go the distance with you

The second step is to follow a very specific curriculum, designed specifically to your level in that language.  This curriculum should be your plan. A plan that you have developed together with your coach (teacher or instructor). This plan will have the hours, lessons and practice time that you are committing to follow. Your plan just like the one for the football team is to win the season, and the season is only 6 months.

The third step is to get in the game, yes get in the game. Your coach, teacher or instructor cannot get in the game with you, she or he cannot score goals or shoot baskets for you, and you have to shoot the baskets, bat the home run or get the touchdown. Your coach is there to guide you in your moves and to help you reach the goal.

Your instructor should guide you to follow and to learn only the necessary grammar and rules that are required for you to speak at your job. When I was sent to Mexico for the first time, I was assigned to the Accounting Department. Soon I discovered that they were speaking another language, the language of Accounting. I had to go to a bookstore and buy an Accounting book so I could teach myself only the vocabulary that I was going to need to do my job in the Mexican Company Accounting Department.

So if you are an engineer in the oil and gas industry you will concentrate only on the vocabulary and the lingo of your profession, that is the gas and oil industry. Why would I teach you medical vocabulary when you are not going to need it to communicate?

The fourth and last step is to find the similarities and differences between English or your native language and the second language that you are trying to learn. For example in Spanish there are very similar words and vocabulary called “cognates”. By studying cognates you are learning 30% of the Spanish language which is similar to the English language. Cognates allow you to find words such as “chocolate” which in Spanish is also “chocolate” and it means the same thing in both languages. By studying cognates your vocabulary learning is much faster.

Modern languages have roots in Latin or Greek, learning the roots of words helps you build your vocabulary very fast. For example the names of medicines and diseases have their roots in Latin. These words are very similar to the corresponding ones in English and are much easier to learn and to retain.

So the secret is out and guess what, the secret is, you, and your burning desire to become bilingual and to live a global and fulfilling life.